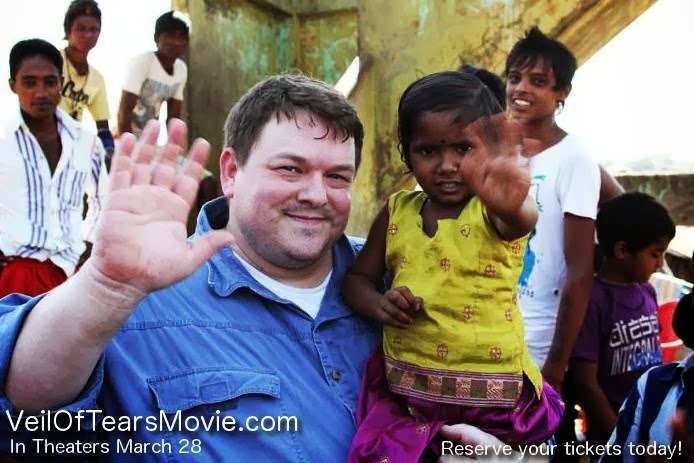 It’s my privilege to introduce you to the faith and work of Kenny Saylors today. I came to know Kenny through his brother and sister-in-law, Kyle Saylors and singer-songwriter Erica Lane. Together, these two gentleman are successfully using quality films to tell purposeful and powerful stories, many that feature the redemptive work of God. This is a talented and inspiring family folks!

The Saylors Brothers are the creative force behind more than 18 years of industry success with award-winning national and international hit music videos, motion pictures, television series and critically-acclaimed documentary films. Their works have been featured on and in Fox News, Newsweek, BBC, Time Magazine, NY Times, LA Times, Variety, Hollywood Reporter, Forbes, Huffington Post, Indie Wire, Charisma, Christianity Today, among many others.  Last fall, the Saylors Brothers produced and directed the successful FOX Sports Television Docu-Series “The Gamebreaker” featuring NFL stars like Reggie Bush and DeMarcus Ware. You will definitely want to see their latest project, Veil of Tears, which hits theaters next month. But more on that in a moment.

First, I want you to hear something important and inspiring Kenny has to say about how we can experience God’s voice in our lives.

Sadly, I hear many Christians say that they’ve never heard God speak to them. More commonly, I hear “it’s been a long time” or something to that effect. After a few minutes of conversation, I find out that they spend maybe 5 or 10 minutes reading the Bible in a day, or even in an week. Many say they don’t really read the Bible at all. It is the same with prayer. The time they spend with God is so minimal that it’s difficult for them to recall the last time they spent more than a few minutes in prayer. And most of those minutes were spent in ‘request mode’ or times of desperation.

It’s no wonder so many who say they believe in the Almighty God are bound by so much adversity in their lives and live in a state of perpetual worry and fear. How can one expect to live victoriously in Christ without hearing from Him? How can we know that we are where our place is in His will? How can we follow someone we never hear? How can we successfully attain our purpose for His Kingdom if we do not even hear His voice to know where He is leading?

You see, the Bible is the gateway to hearing from the Lord.  It’s not called the Word of God in title only.  It still speaks to you and I today where we are. IT IS HIS WORD. Once you learn to hear the Lord through His words, then can you begin to hear Him more clearly with your heart. The Bible says in John 10:27 that “My sheep hear my voice, and I know them, and they follow me.”

Following Jesus Christ is MORE than just knowing who Jesus is. It is HIM knowing each and every one of us in an intimate relationship—hearing His voice, knowing.

As believers in Jesus, we often look for God in the thunder, in the lightening, in the fantastic and extraordinary circumstances. But it is often by these things we are distracted from hearing the true voice of the Lord. It is in the silence—alone, in the Word, in His presence—that He speaks in that still small voice to us.

My friend, don’t expect to hear from the Lord if you’re unwilling to “study to show yourself approved unto God” (2 Timothy 2:15) or unwilling to bow before Him—not with your requests but in denial of self to completely lay before Him your will in exchange for His.

My prayer today is that each of us reflect upon ourselves. If you have neglected your first love, I implore you to dust off that Bible and set aside time each day, not just to read a book but to experience a God who desperately wants to talk to you. He won’t take the step to you until you make the first move and you’ll never hear Him until you quiet your world to hear his precious voice.

Thank you, Kenny, for urging us to be intentional about stillness with God and drawing near to Him through His Word.  Word of God, speak!

Now don’t miss the opportunity to see the Saylor Brothers’ gripping new documentary film, Veil of Tears.  It shares the untold story of millions of women in India who are culturally persecuted for no other reason than the fact that they are women. Narrated by Grammy-Nominated Recording Artist Natalie Grant, this film journeys where few outsiders have gone before to tell personal stories of tragedy, triumph and the resiliance of the human spirit.

Visit SEATZY to find out where Veil of Tears can be seen in a theatre near you and reserve your seats today!